Brain health is critical as it is the most important and complex organ in the body.  A healthy brain is needed to remember, learn, plan, concentrate, make decisions, and maintain and regulate all autonomic bodily functions such as digestion, detoxification, blood pressure, heart rate, and breathing.

Neuroinflammation or brain inflammation is an inflammatory response within the brain or spinal cord. You may have heard this term and not understood what it actually means.  Or you may have thought “it has nothing to do with me because I do not have pain in my brain”.

Brain tissue does not have pain receptors, and although pain is perceived there, you actually don’t feel pain from your brain. Some of the more common symptoms for people with brain inflammation may be things that people are dealing with daily and do not equate it to such. Symptoms such as brain fog, fatigue, depression, lower brain endurance for the ability to focus on different mental tasks, such as working on your finances or reading for as long a period of time as you once could, lowered ability to creatively think, or you may experience dizziness.  Neuroinflammation basically manifests as brain function that is compromised and not so much that we have actual pain in our brain.

There are certain times when we do experience pain. For example, a headache, which is mostly considered a vascular issue. Or a hangover from drinking too much, which is an example of transient neuroinflammation with, possibly, other involved factors. But with chronic neuroinflammation, we want to take this more seriously by finding out the reasons for it.

Your doctor may decide to prescribe a brain scan if you complain more than a couple times about such symptoms. Fine to do but 99+% of the time, nothing will show up because you typically cannot see chronic neuroinflammation on an MRI or CAT scan. Therefore, a doctor that is well versed in neurology, brain health, and/or neuroinflammation will need to do a consultative interview as well as an examination to look at different aspects of brain function to determine neuroinflammation and the impact it is having on your brain.

One of the things that can set the stage for neuroinflammation is prior traumatic brain injuries which could be in the form of concussions, even mild concussions, or whiplash injuries that had have resulted in a concussion. Additionally, there can be other drivers of neuroinflammation such as gastrointestinal dysfunction or inflammation, infections, dietary triggers, environment toxicities or even neuro autoimmunity. Metabolic factors such as insufficient blood sugar control, anemia or hormonal imbalances will play a role and must be thoroughly evaluated.

At Natural Medicine & Rehabilitation we utilize the newest evidence-based technology, a neuro-sensorimotor integrator, to rehabilitate and therapeutically exercise specific areas of the brain. Our brain health programs will support patients with a known family history of Alzheimer’s, Parkinson’s, and Dementia that are looking to prevent cognitive decline before it starts. Scientific evidence shows that we can offset genetic influences with early intervention in areas of lifestyle and by exercising specific brain areas involved in those disease processes to stimulate plasticity, the way that our brain heals and forms its vital connections. We will also support patients diagnosed with these conditions with lifestyle and rehabilitation modalities. Other conditions that may benefit from this type of rehabilitation are stroke, concussion, brain trauma, seizures, among others.

If you have chronic or ongoing inflammation, it is important to realize that it may show up as these symptoms: brain fog, lowered brain endurance, dizziness, compromised brain function, memory and coordination issues, fatigue and/or depression.  To receive a complimentary new patient consultation with Dr. Sferra, to access and learn how he may work with you to rehabilitate your brain health metabolically and neurologically, click here. 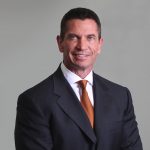 About the author: Dr. Vince Sferra is the founder and Clinic Director of Natural Medicine & Rehabilitation.  His passion is to uncover the root cause of a disease by investigating the mechanisms through which a condition is occurring in an individual. He has a committed focus for working with and improving the quality of life for people struggling with cognitive decline syndromes such as post-concussion syndrome, early stages of common neurodegenerative diseases like Alzheimer’s and Parkinson’s and systemic inflammatory conditions such as rheumatoid and osteoarthritis as well as a multitude of autoimmune diseases.